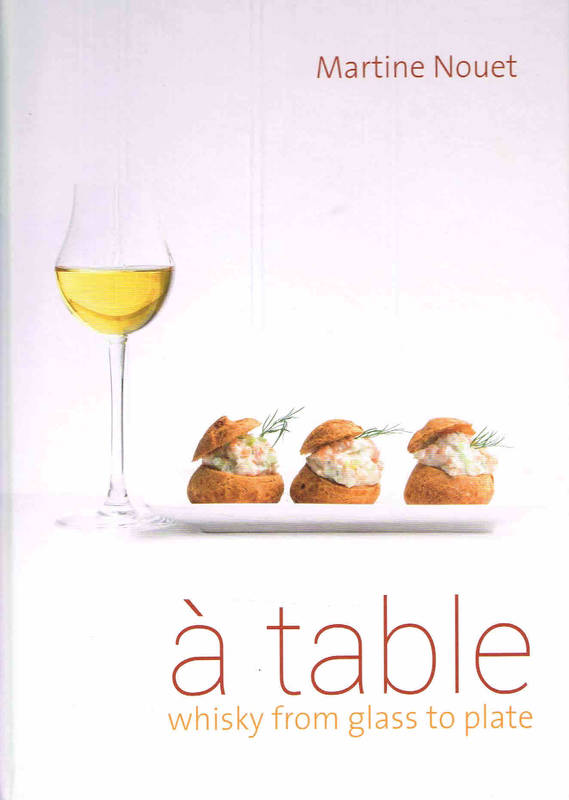 A table, whisky from glass to plate (Anglais)

A table, whisky from glass to plate (Anglais)

Indisponible
This attractive new cookbook takes an original slant on whisky as an accompaniment to good
food. Martine Nouet is an authority on both whisky and French cuisine, and her book presents
60 recipes honed from her many years of experience as whisky presenter and cook.The recipes
are divided into three sections, appetizers, main courses, and dessert/cheese. On the facing
pages are exquisite photographs by John Paul with a profile on the best whiskies that match
each recipe_ In addition an introductory chapter is devoted to the principles involved in the
pairing of food and whisky, and how to achieve a perfect harmony.
Martine Nouet
French born, Martine Nouet, is an author and journalist who writes exclusively about food and
spirits. Her love of Scottish Malt Whiskies brought her to the Isle of Islay on the west coast of
Scotland and she has now made Islay her home. She has pioneered a new trend in the world of
whisky, the sensory idea of pairing whiskies with a suitable food counterpart.
In France Martine is known as 'La Reine de l'Alambicrthe Oueen of the Still'. Martine was made
a Master of The Ouaich in April 2012, an honorific distinction awarded to very few by the whisky
industry. In September 2015, she authored 'Le guide Hachette des whiskies' for which she was
bestowed 'Le Grand prix du Livre Spirits 2015'.
She has hosted matching food and whisky everts and hosts dinners all Over the world.
She has gained the esteem and recognition of whisky aficionados and the whole industry.
S'identifier pour envoyer des commentaires.